Leadership lessons from The Matrix 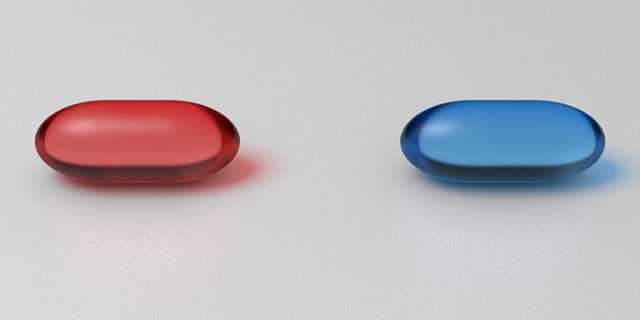 Leadership, as defined by Google, is “the action of leading a group of people or an organisation”. In today’s blog, and to celebrate one of our favourite film franchises, we look into what lessons we can learn from leadership in the Matrix.

The Matrix is an iconic franchise and can be interpreted in many ways. For some, the films can be seen as comment on technology whilst others read them as a story about intrusive government and freedom. Other groups have used specific scenes from the movie to illustrate their vision of human behavior’s true and sometimes unpleasant nature.

One can also look at The Matrix as movies about leadership, about overcoming challenges and about self-development. Indeed, the multifaceted and highly acclaimed films have at their core a great basis in many Eastern philosophical traditions. Regardless of the exact stance that we take, we can learn the value of sound leadership and how this can be applied to business.

The story of The Matrix is about a series of choices. The most iconic choice in the film is when Morpheus offers Neo the red pill or the blue pill: “You take the blue pill, the story ends. You wake up in your bed and believe whatever you want to believe. You take the red pill, you stay in Wonderland, and I show you how deep the rabbit hole goes.” Morpheus explains to Neo that this is the point of no return. Unfortunately for Neo, Morpheus has not given him nearly enough information at this point in the film for him to make an educated decision.

Leaders make decisions. In business, sometimes we explicitly refer to certain levels of leadership (usually with certain levels of signing authority) as “decision makers.” Like Neo, often all the desired information and input isn’t available when it’s decision time. Like Neo, sometimes the decision is a “point of no return”-type decision. Leaders face these all the time. Also, like Neo, they don’t need to face them alone. Leaders need to surround themselves with other trusted leaders with whom they can help grown in order to assist them make the leap in the urgent and uncertain circumstance. Take the red pill.

Belief and trust in your team - Investment

Trust and confidence in those with whom we surround ourselves can bring out qualities that have laid dormant. Indeed, Morpheus shows his confidence in Neo before he met him in person. In the last phone call before their initial meeting, Morpheus plants the seeds of assurance in Neo’s mind. This powerful expression of trust, of believing in the potential of a project, campaign or employee can bring great rewards. Investment in a business, much like Morpheus’ investment in Neo through his physical development, includes a thorough rehabilitation of his body through diet and consistent physical therapy. Not only does Morpheus physically nourish Neo but he also demonstrates the belief a leader needs to show in the ability of their workers or project, “Sooner or later, someone is going to have to have to fight them….They will never be as strong or as fast as you can be”

Believe in an outcome - A Collective Goal

The belief in a desired outcome, of freeing humanity from the shackles of machine domination, is the core driving story arc. We see Cypher, who prefers the comfort of false reality not buy into Morpheus’ truth and leadership with dire consequences. The rest of the team remain committed to Morpheus’ vision and work together to overcome his betrayal and stick to their shared goal and desired outcome. They achieve success because they believe they will, they overcome and adapt and support each other.

Morpheus is a great leader who knows how to accomplish meaningful work through competent people, collective belief and the nurturing of qualities. Bringing in the right people and empowering them, as we can learn through the franchise, can lead to great results and the fulfillment of potential.

Our luxury digital marketing agency are committed to providing the very best service across PPC, SEO and social media management. To find out how we can help grow and achieve your digital goals, contact our team via hello@theluxurymarketingagency.com.

Today As Then | Introducing AllÓRA